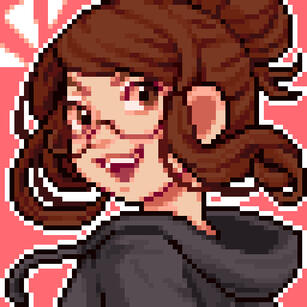 im evan. This is my portfolio!
everything past this point was created by me.

(profile drawn by the lovely ohilin)

Find me at either of the following:

click here to read a typed up design process for a recent project of mine!

please note that some of these logos were designed by different designers, in some cases, I was simply brought on to add motion to pre-existing assets.

this is the cutting corner. 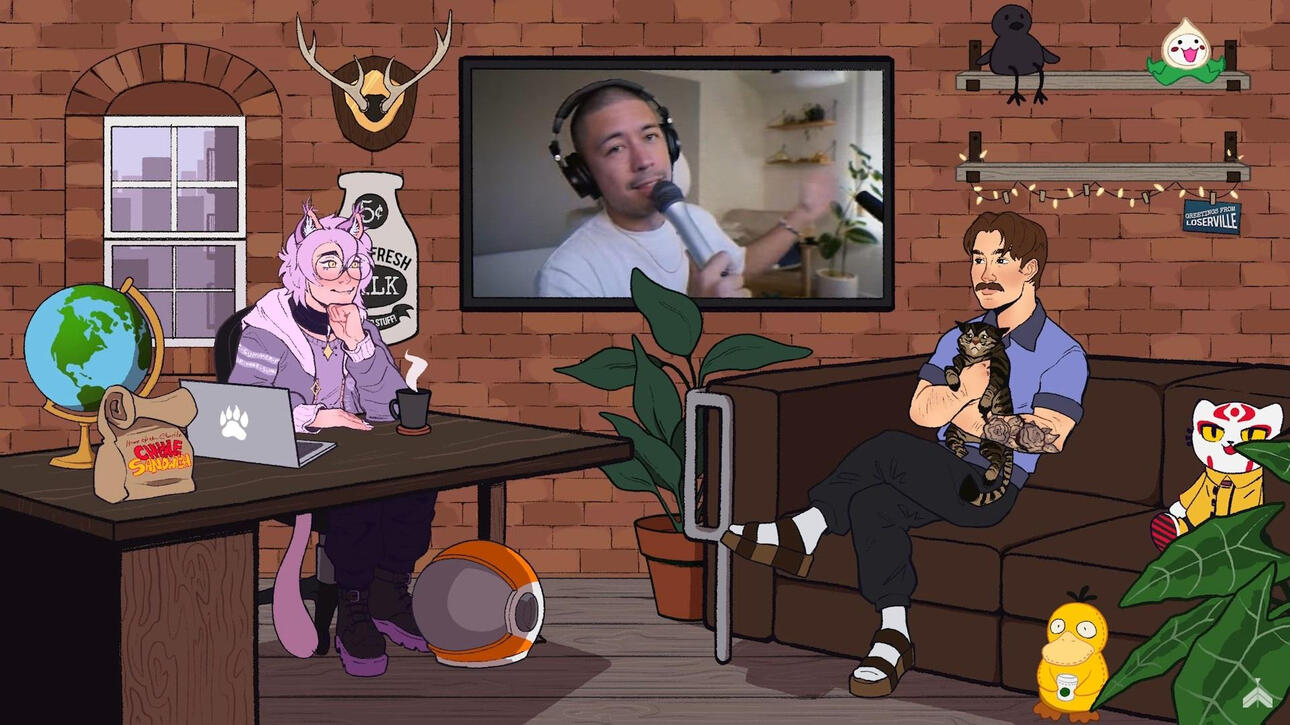 it's a podcast about the behind-the-scenes of content creation! 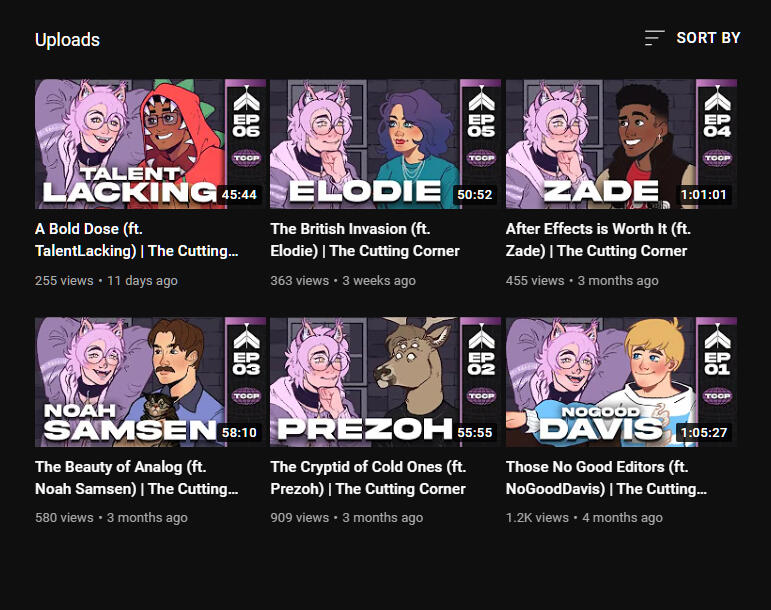 they reached out to me about creating a logomark for them.

the brief was simple:"I’d just like it to be more definitive that it’s about editing somehow"

They already had an icon, as well as an estabilished thumbnail design, so the goal was to fit in with those. 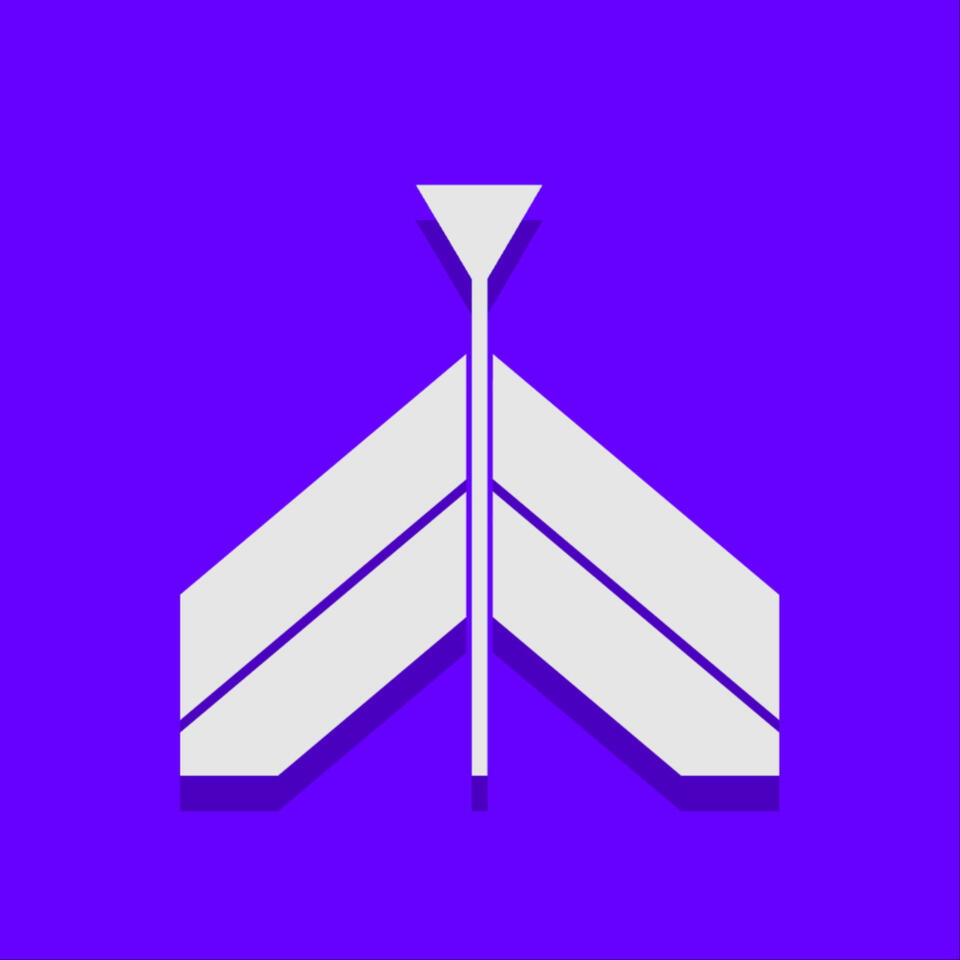 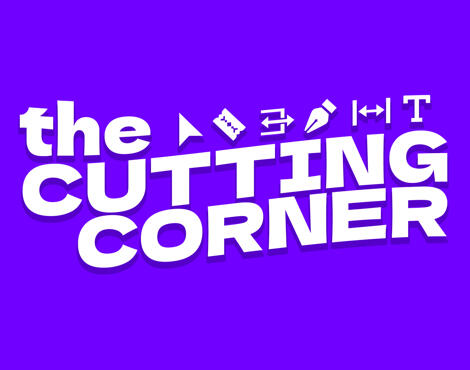 i was already familiar with the thumnail's brutalist "anti-design" style, so I started with that.

but i continued to play around with the logo, and ended up with this: 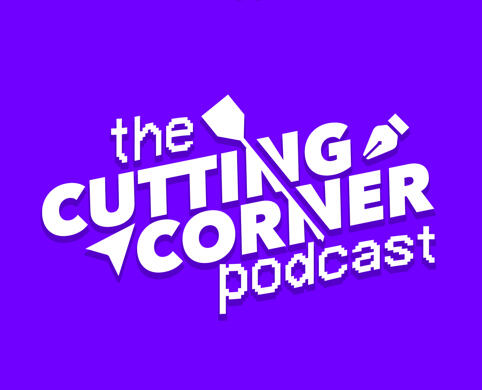 it's a LOT more obviously associated with video, featuring tool icons from a popular video editing software. Plus, the added bonus of that nice VHS font!

I played around with some more concepts, 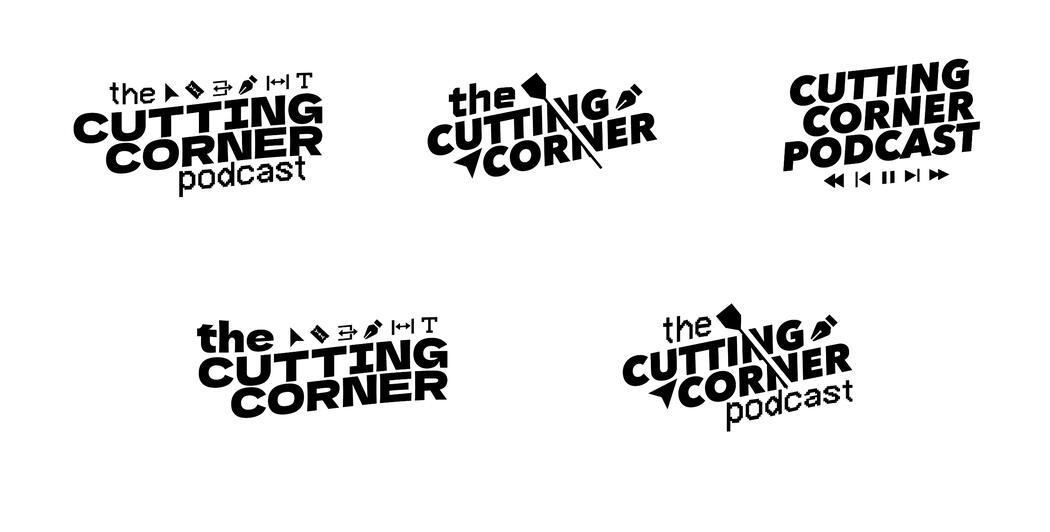 and then sent em off to the client for a round of approval.

after getting logo approval, it was on to the styling.

here's some of my inital concepts. 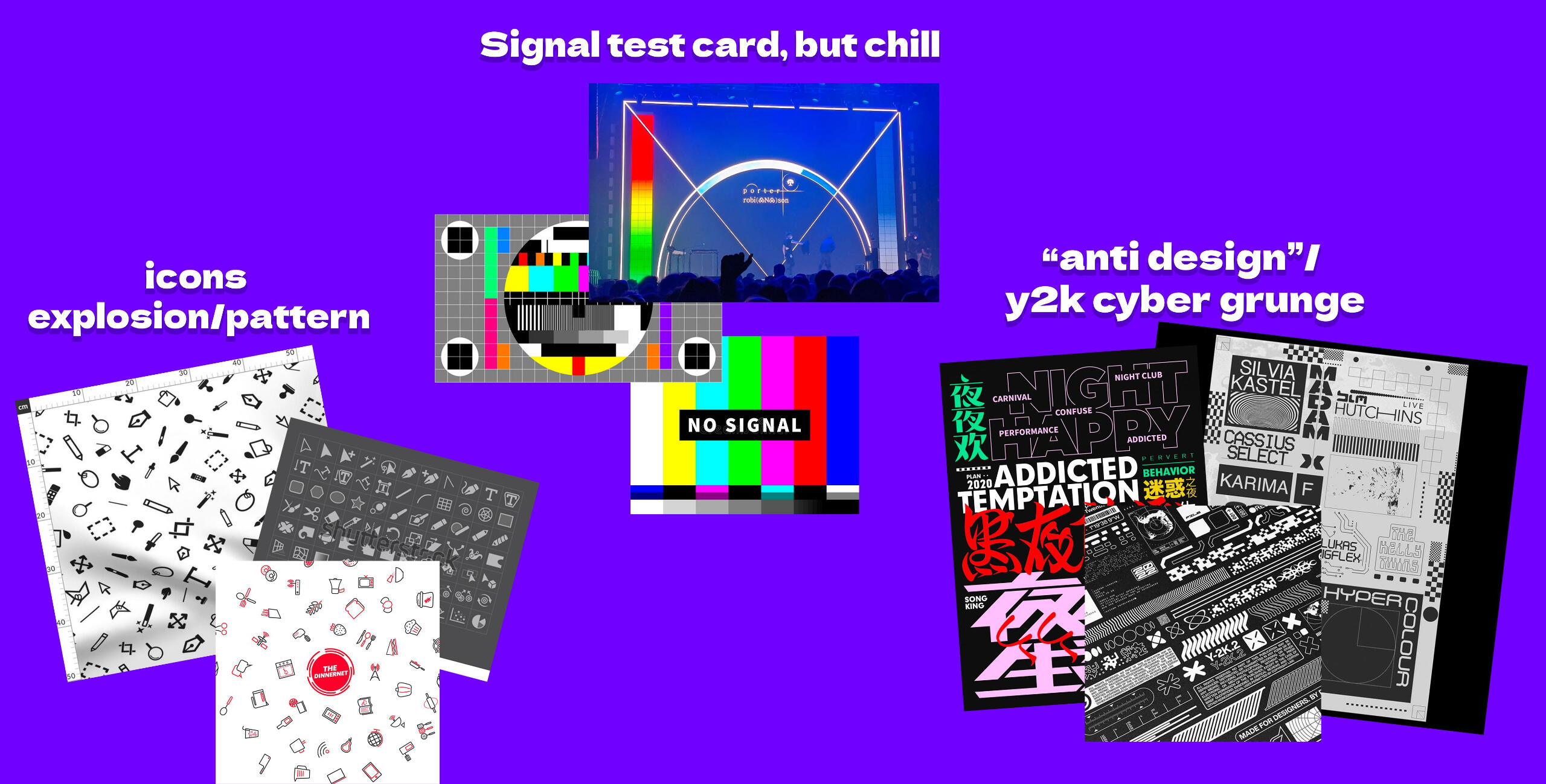 so I started with the idea of a signal test card. 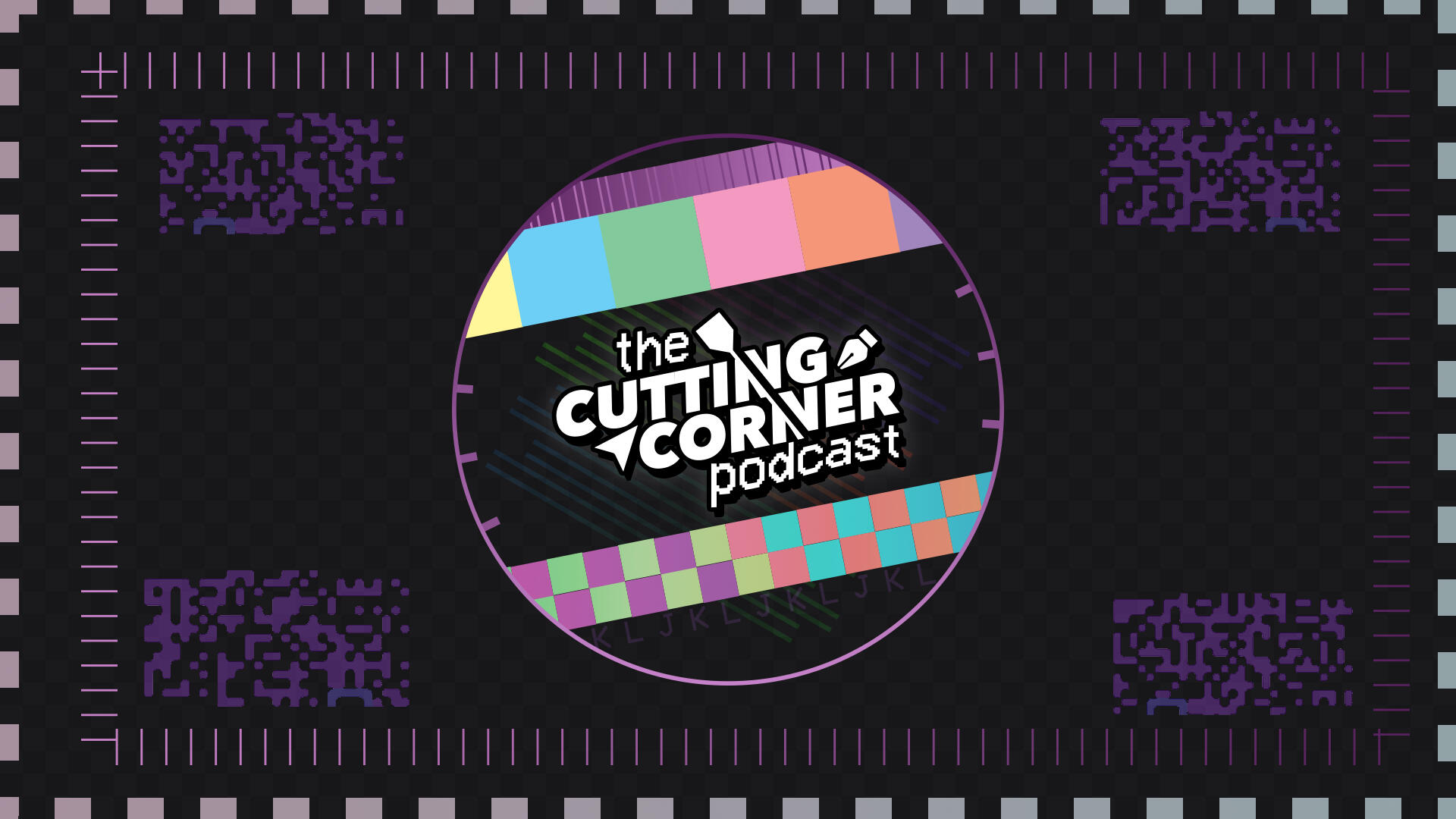 a little brutalist, a little test card. But it's got too much color. It's cool! certainly, but it's also a little loud.

how about something a little more chilled? 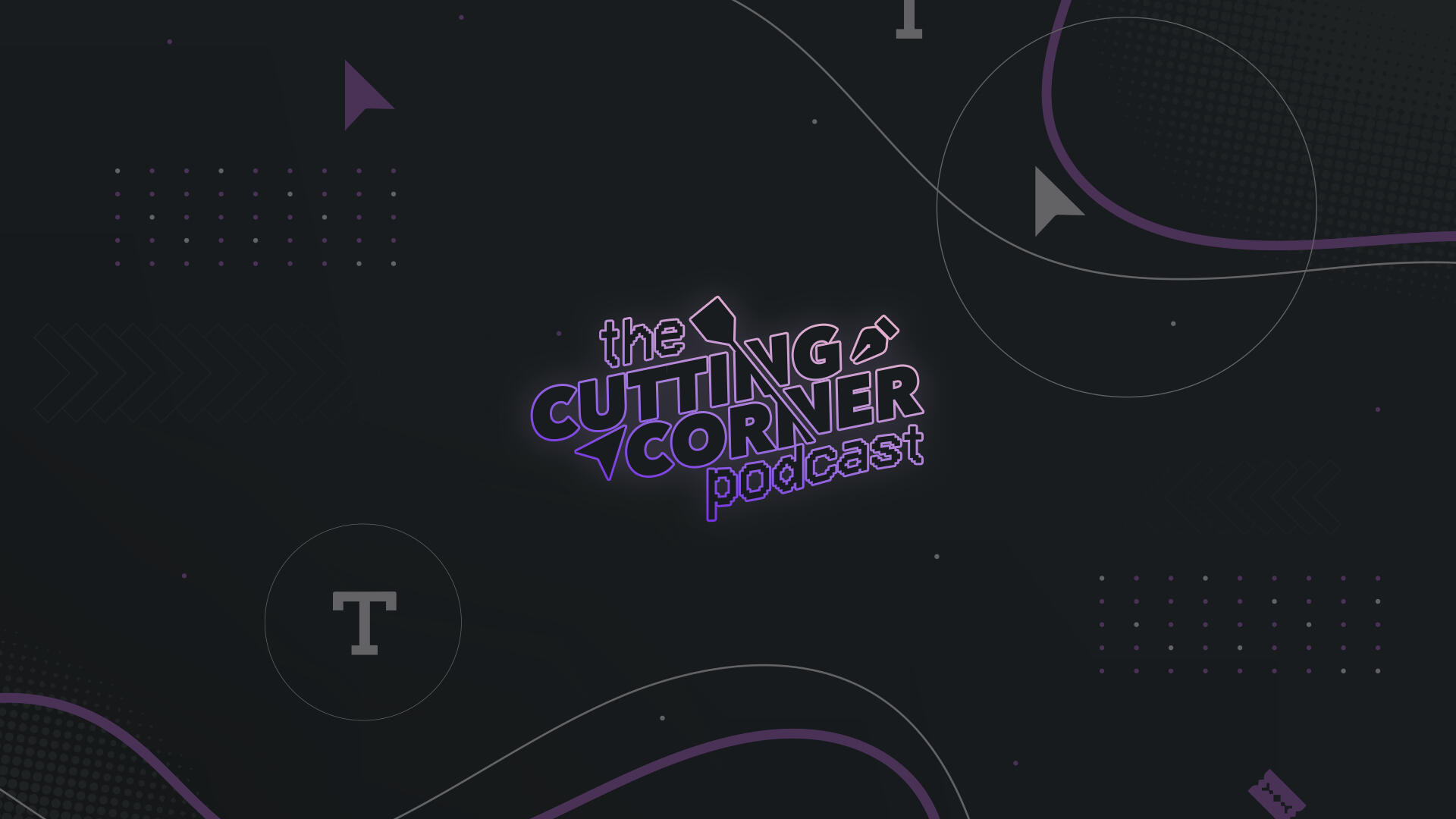 it's nice but it's not stark enough. It's chill but its also very not in line with the current branding.

Ok. so how about this? 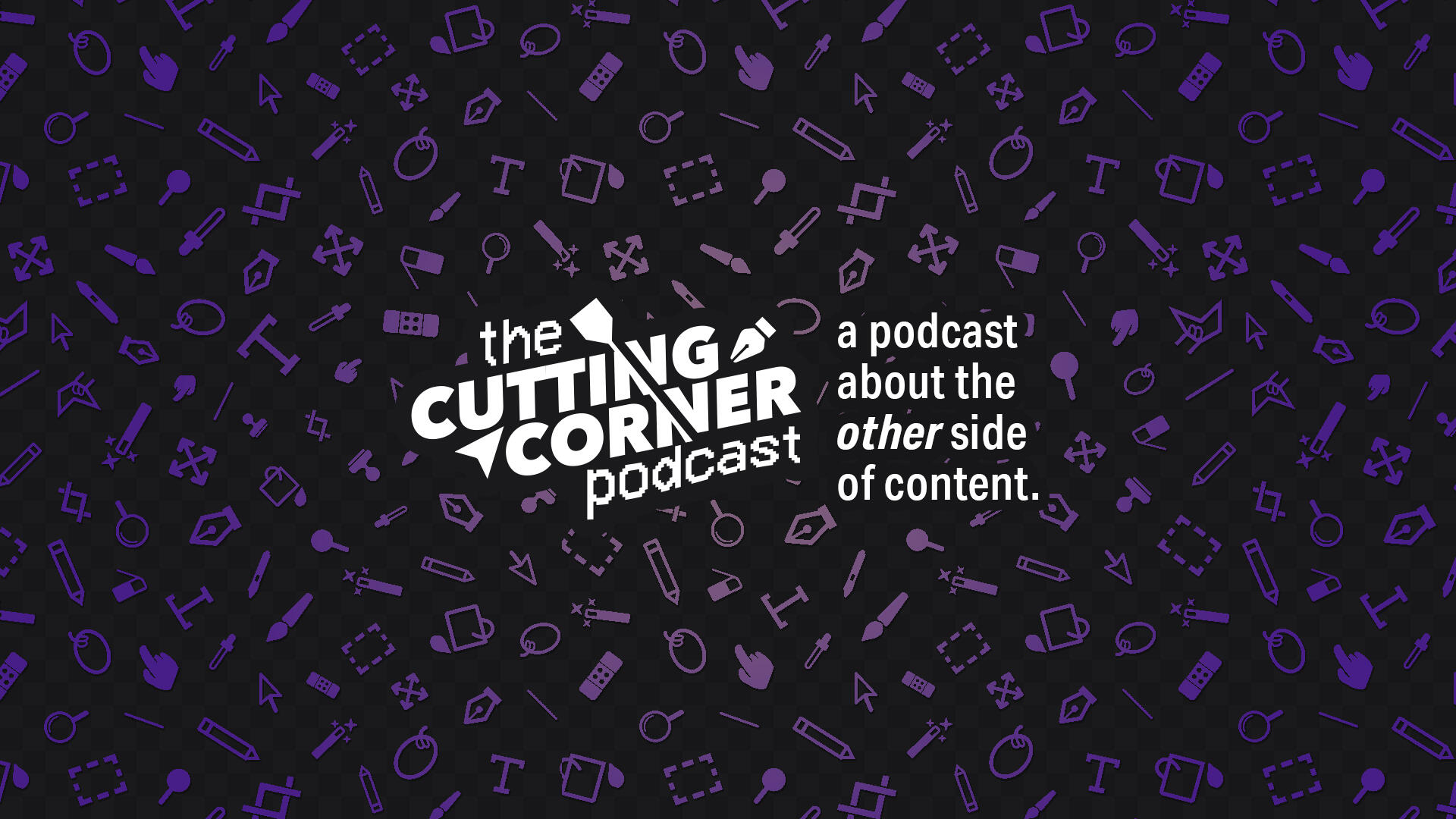 bright, stark, a focus on the logo. Yeah. that's nice.

but the icons are photo editing icons, so i'll go through and redo em, after vibe approval.

and so, after a final pass:

and since I send over all the source files, the client was able to adjust the style to further fit their ideal look - here it is in final!

thanks for reading! Contact me if you're looking to get something designed!

this is the meat and potatoes of my internet stuff! please see the following for a clearer look into what video stuff I'm capable of.
3d environments, smooth pacing and documentary style editing.

as of updating this portfolio, the only public character animation is this podcast animatic! please check back.

see either of these two videos for full 1-hour edited ambiences full to the brim with self-captured video footage.

I’ve worked with 20 different creators edit hours of VOD content down into marketable, digestable and narrative driven videos.The videos in this playlist were largely done on a budget: the focus is mainly on evergreen comedy, with edits taking as long as they take to watch through the vod

please contact me for these samples. They are currently paid bonus videos for my patrons!

this is not exactly sponsored - but it is a creative showcase for a game i was asked to create, and is indicative.

these are all from film school! please consider that when you watch. Some of these were also produced/written by me.

I'm the full time audio engineer on remote episodes of Chuckle sandwich,
and i used to host and edit one half of the episodes of DCOMcast.

as the audio engineer on Chuckle sandwich, I get a lot of frankly janky audio, and am tasked with taking that audio and making it sound like that creator's usual audio - here's just one example of that, featuring Scott the woz!

i've released a good lil bit of music.
here's a couple of my favorites!
feel free to contact me for more samples.

my music appears in a released steam title, a book of beasts and buddies

my music appears in a released steam title, a book of beasts and buddies

I, along with 2 other collaborators put together a real nice soundtrack.

over 5 different game jams, I’ve done pretty much everything, focusing mainly on audio, but working on graphics, programming and even community management, turning a daily game jam devlog into one of the most viewed threads on that year’s jam.

aka idk where else these could go :)

the easiest way to contact me is through twitter DM! thanks to the way that email spammers get their emails for spamming, i'd prefer not to sit my email out here in plaintext - so here's a slightly obfuscated version of my contact email:

I own the myserval.live domain, and have an email address which is "contact" @ that domain

you're probably better off just sending me a dm but if youre feeling brave (or if i don't respond) go for it!